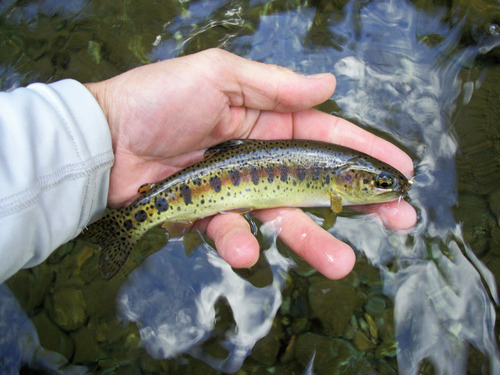 This past week on the North Fork Yuba River has seen cooler air temperatures, thunderstorms, heavy rain, and lightning. The weather of late has been a saving grace, giving the river a delightful rejuvenation when it needed it the most during a critical time of the season. Fishing still continues to be great for small wild rainbows, and the scenery is as incredible as ever.

My guests and I have been concentrating our efforts from just downstream of Sierra City to Bassetts. This section holds the coldest water for this time of year with plenty of opportunities for presentations with dry flies. Water temperatures have been running 57.3 to 64 degrees, thanks to the many springs and feeder creeks in the area. Though the river is low, the makeup of the upper watershed provides deep pools and generous amounts of well oxygenated water for the rainbows to thrive in. The seasons are starting to change, and there are subtle clues like the big leaf maple turning yellow on the ends of their leaves, Gray squirrels busy collecting food, and the woolly bear caterpillar is roaming about.

Speaking of trout food, the BWO’s are back with a pretty good spinner fall from 8-10am. When it comes to late season spinner falls, they generally occur when air temps hover between 58 to 68 degrees. Look for small clouds of them above the river dancing up and down, a spent wing BWO #18 as a dropper fly preforms beautifully during this time. Other major food sources are terrestrials; hoppers, ants, and caterpillars including the Tussock moth are in the system. Most of the October Caddis in the river has sealed off their pebble lined cases for the final pupation before emerging; it seems they will be coming off earlier than normal this year.

The most effective dry fly this week, and still king, is the Yellow Stimulator #10-16, followed by gray and olive EC Caddis #14-18, and Club Sandwich Hoppers #10-12 in tan and brown. Go to dropper nymphs have been the Psycho Prince #14-18, Prince of Diamonds #14-16, and sub-surface Ant patterns. These rainbows prefer dry flies and nymphs with a little white accent to them. 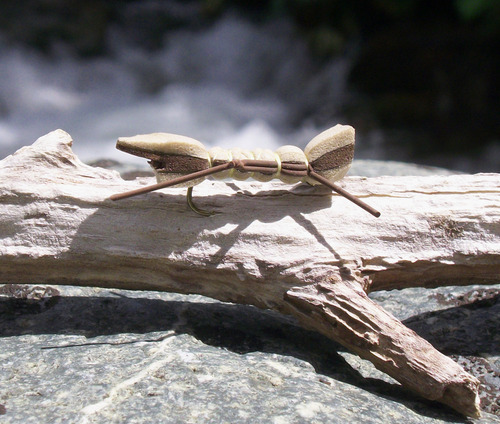 With so many rivers, streams, and creeks in bad shape this summer, it’s comforting to see the NFYR is still an option for resident fly anglers of Northern California. Grab your 3wt, and load the gear. Adventure awaits you!