FROM THE VISE : LOOKS BETTER WET 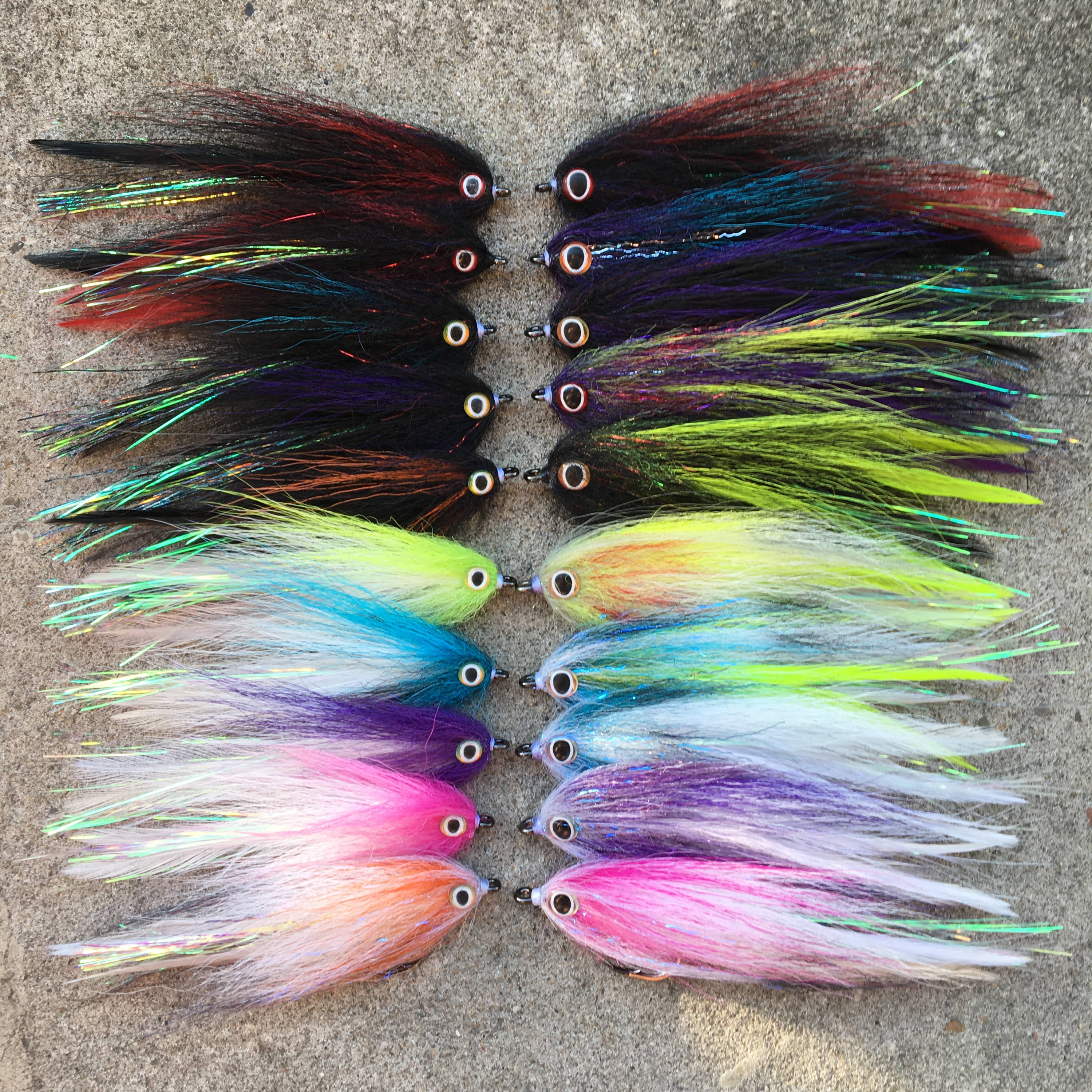 I start with a Tiemco 600 SP. This is a big game saltwater hook. Its STRONG. Primarily used for fish like tarpon or giant trevally this might seem like a bit of overkill for the surf. But let me tell you why it isn't. The big reason I like this hook is that any fly I tie on it will last in the salt. Flies tied on this hook will last. A big issue we find in the surf is hooks rust. Regardless of how many times you rinse out your flies after your session you'll probably notice rust starting to appear near the eye of the hook or around the bend. I feel like this happens significantly less with the 600 SP which means your flies will last 2 times as long out there in the salt. Another thing I really like about this hook is the weight of it. Since it's such a heavy weight hook it works really well as a keel for the fly keeping it upright in the water through even the harshest surf conditions.
The next material I want to talk about on this pattern is the flash. I like the small opal flashabou the most because it seems to blend in with any color combination I can think up for this pattern I tie a significant amount of flash for a core on this fly. This is a technique I appropriated from the Adachi clouser. That big chunk of flash functions like a paddle tail out the back of the fly when it's left a half an inch longer than your feather body. It might look silly at first but don't knock it until you've tried it.
Next you'll tie in the feathers off the back. A huge influence in my tying is Gunnar Brammer. If you haven't had the opportunity to view his videos you definitely should watch them all but he recently released a video on tying feather body flies that perfectly describes how to get them to sit perfect. The stems can be finicky until you learn about how the feather is formed and Gunnar explains this well with great video examples of what he's talking about. What you want to do with the hackles on this fly are to have them splay out the back (similar to any deceiver style fly) and that they are left a half an inch shorter than the flash core. 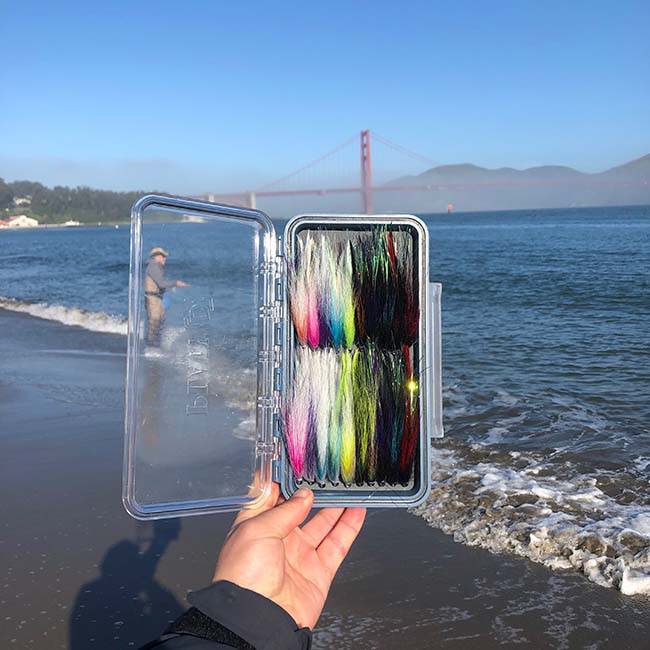 Next is Bucktail. This fly is tied primarily out of bucktail. Bucktail is a cheap material that is extremely movement oriented in the water. By layering reverse tied bucktail in 3-4 sections through the pattern, depending on hook size, you'll create a nice full body. I struggled with the technique of spinning bucktail for a little while until I watched another video by Gunnar. It is a lengthy video but it does go over every little thing when selecting and tying with bucktail. Check it out and it will help your tying endeavors significantly.
The last material I use on this pattern is EP Brush. For the medium sizes i really like the Foxy Brush in the 3.5" size. For the larger 3/0 and 4/0 pattern I've been really happy with the 4.5" invader brush. When you wrap it forward and brush it out near the head it creates a lot of bulk. This bulk towards the head of the fly allows it to push water and for the back end to move more freely behind the fly.
This fly performs well in most conditions. My favorite spots to fish this fly are in the interior of the bay and in the open surf. In the interior of the bay this fly does great since it doesnt sink as fast as a clouser. This allows you to fish the fly longer in less current heavy conditions without it sinking to the muddy bottom. In the open surf this unweighted pattern performs well because it moves with the surf in an irregular fashion. Baitfish in the surf are constantly being swept around in the waves and I think this irregular movement imitates this well.
Material List 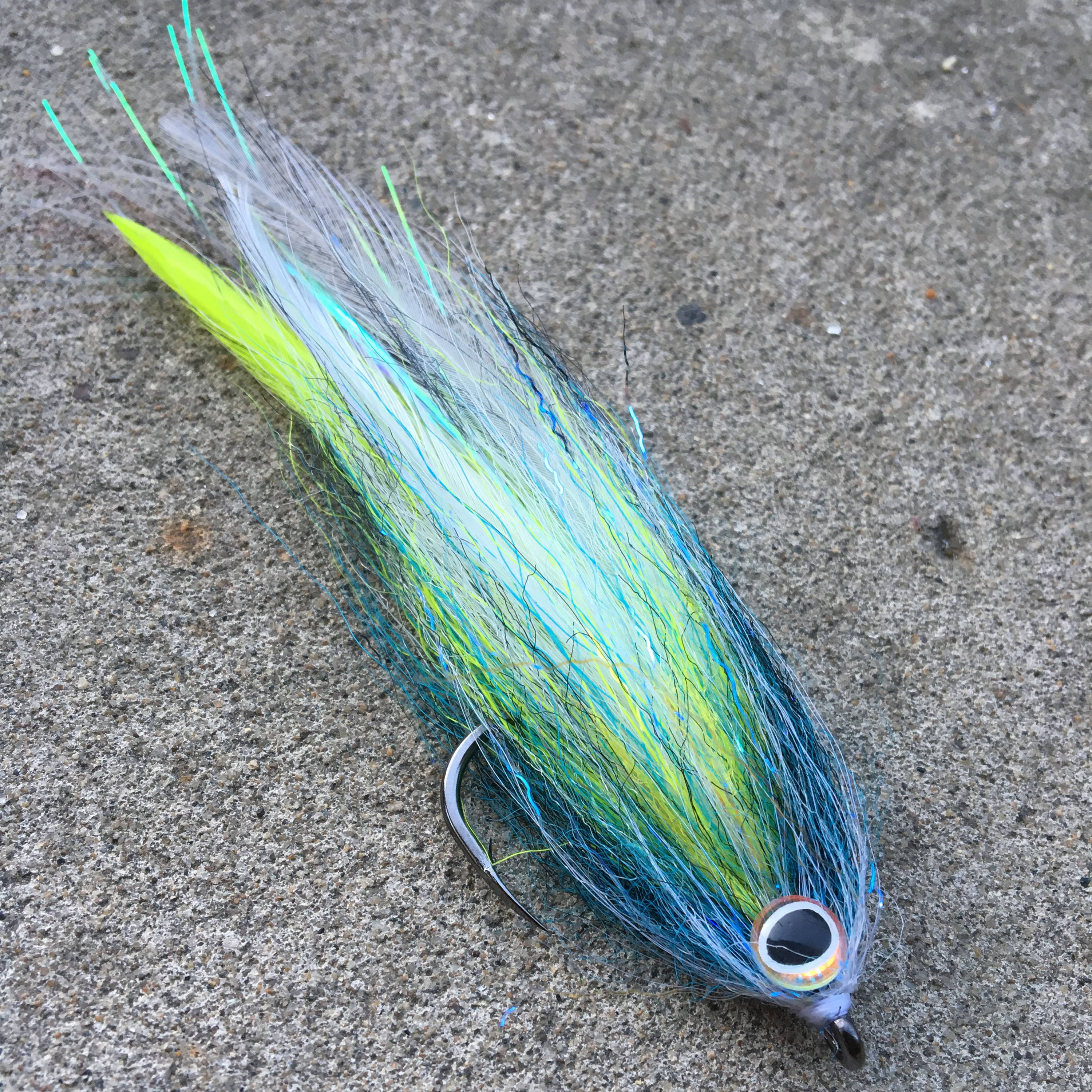