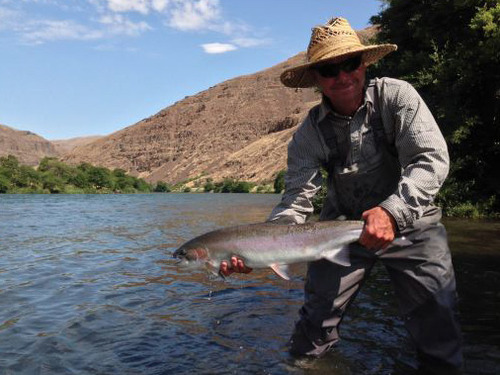 The Steelhead season is now in full swing. There are good numbers of fish coming over the dams and entering the Deschutes everyday. Until nine or ten days ago there was a thermo block on the Columbia River near Bonneville Dam which was slowing the steelhead down. Since then the days have cooled and with chilly nights the water temps have shaped up and the steelhead are on the move again.

If trout is more your game, there’s plenty of fishing left to be done before the end of the season. With fall approaching, so is the return of our most consistent fall hatch, the Blue Winged Olives. They tend to start hatching the latter part of September and go through a chunk of October. This is the last real hatch that we will see until the 2015 season.