The McCloud River has been left alone by most anglers and we have seen it slowly recover from a massive Mud Creek glacial silt flood. The water went from brown to green in a period of two weeks yet it has enough visibility to fish. Any steelhead fisherman would show up and see its color and say “oh hell yeah” but the fishing has been difficult. That said some very nice fish have been put in the net. Adjusting to the conditions and fishing with off color techniques has paid off big time for a few of our guides. The Reservoir on the other hand is filled to the brim with fish and non crowded days can give some excellent stillwater fishing. 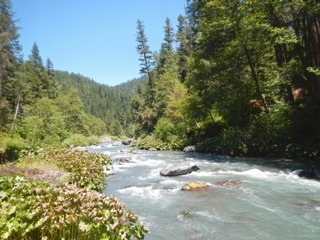 The Upper Sacramento River has been fair to good fishing this last week.  The lower end of the river is holding some nice trout.  Waters temperatures are warm so mid day fishing is not advised.  Early morning is the time to fish the lower stretches of the Upper Sac.  In the mid day move to the Upper stretches of the river.  Water is still very cold in the Cantera Loop area and small trout are looking up for dry flies.  The river access in Dunsmuir is fishing very well and lunch at the Dunsmuir Brewery has been a highlight for everyone. 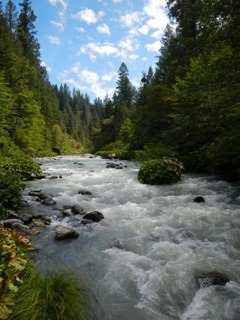 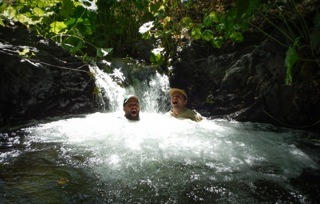 •The Upper Sacramento River =Good. Water is low and warm. Fishing remains good but tread lightly, don’t take the fish out of the water.

•The McCloud River =Water is more green then brown but glacial silt is still affecting visibility. Fishing has been difficult but some nice fish have been put in the net. The McCloud Reservoir has been fishing very well with hungry rainbows and some nice wild browns willing to chase down streamers.

•The Klamath River =Not much going on. That poor river.

• The Pit River =Good. Pit 3,4&5 producing nice fish in the tough to access areas before it gets too hot.

• The Fall River = Slowing down after a good hexagenia season.

•The Rogue River =Good. Fishing the Holy Water and the Shady Cove stretches has been good. Summer steelhead on the swing. Spring Salmon under an indicator. Definitely worth a try.

•Bass Ponds and Lakes= Done for the season but it was awesome this year and we look forward to next spring.