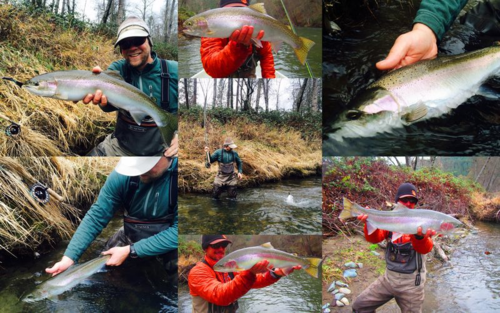 With coastal season beginning to fish and the rivers of the Lost Coast ripening up nicely, crowds have been light on the Trinity this week. Less bankies, less boats… more solitude. I like it!

I took a day off a while back in order to go fishing with my buddy, Anthony. We both really needed to just get out and go fishing - been staring at others fish for too long.

It was pretty much the same day that last season we tragically lost our good friend, Gabe Duran. He left us all too early… The Nor Cal fishing guide community lost a big personality and we all lost our really good pal. He was one of the most endearing friends anyone could ever hope to have in their life.

Gabe was definitely with us on this day as we sipped some bourbon and drank a few beers while floating the Trinity River. We even stumbled into some nice steelhead along the way which made it extra special!