You can get this report before the weekend by signing on our mailing list by signing up to The Northern California Fly Fishing Report. Stop by and see us at 550 Montgomery (inside Wingtip) 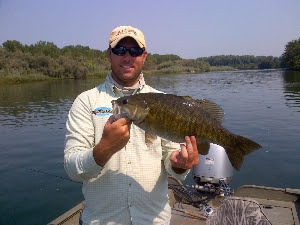 Hogan Brown reports:
Lower Sacramento River flows in the lower river came up a bit as Clear Creek and Cow Creek both blew out and the releases out of Keswick went from 3500cfs to around 4500cfs, but the flows seem to have stabilized and the creeks have come back down. Fishing has been good in the upper river after the storm from what I have heard so far and I imagine fishing in the mid river is good as well. I have not been out on the Lower River but I imagine there is still quite a bit color.

Aaron Grabiel Reports:
Really it is as good as it gets!  Landed 15 steelhead and 7 browns….been good all week. Trinity river is great. Lots of fish and people. Some fresh pigs have shown up. Having a blast on stoneflies and glow bugs. Had lunch in the shelter of a bridge… Boy it was coming down. Aaron has the openings this weekend (the 15th and 16th)  Feb 19th and 26th are also available. Give him a call 530-356-2189. 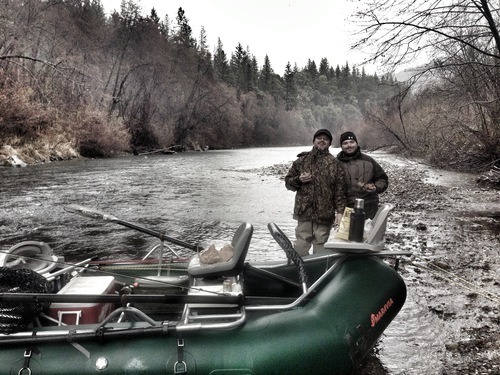 We finally got some much need rain and in true Northern California style it went from drought to flooding over the 3 day storm. Here locally in Nevada City we received 11.22 inches of rain, some outlying areas reported even more! The Yuba River did indeed get blown out after a Pineapple Express slammed the north state. I scouted the river today and the flows from Englebright dam have dropped from 6,000 down to 714 cubes, with deer creek adding another 52 cfs. The water is very dirty still and visibility was 1 to 2 feet at best. It should clear a little by this weekend, and it the water is a little off color and gray, fishing can be good. Dredging San Juan worms in natural and red will be your best approach. Once conditions clear up the fishing should be very good as the river received a good flushing with plenty of food dispersed by the high flows of last week. With lots of overcast skies and light rain in the forecast, the next 10 days could see some good mayfly hatches of BWO’s, and PMD’s. As always, adjust and adapt to that day’s conditions when you’re on the water.  It’s the brown cow for now… 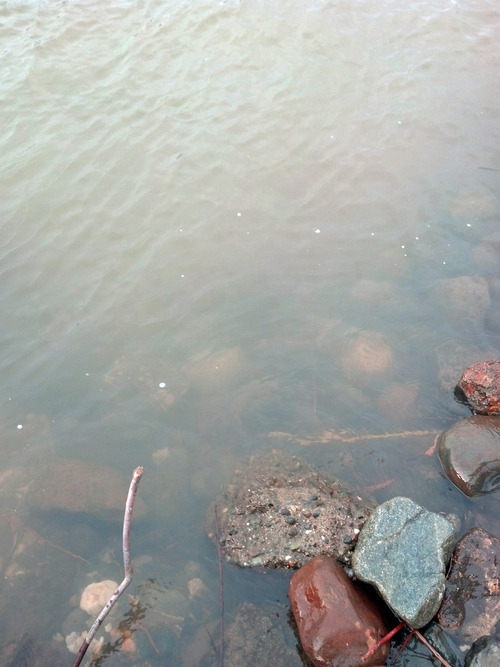 Hogan Brown reports:
Lower Yuba River blew out big time with the last rain going from 700cfs to 6000cfs. Flows dropped back down today to 721cfs. Pretty big swing in 3 days, from Feb 9-12. I can’t imagine the fish are not going to be a pit out of wack for a bit. Last time I saw the river was Sunday and it had a lot of color so hopefully as the flows stabilize it retains a bit of tint. Fishing 700cfs and gin clear water for the last few months is not the funnest. There rain forecasted thursday and Sunday so the flows may make a jump again and more color could come into the river but nothing like this last weekend. Best flies usually in these conditions are rubber legs, eggs, and worm patterns but don’t hesitate to fish bigger attractor flies either or swing streamers.


Bill Lowe reports:
While adhering to my rigorous morning routine (spa and a cappicino), an olive size 8 Sloan’s Persuader dropped out of the Laurel tree above me… So that’s why the fish eat them so well!?  Her flows jumped to 6500 CFS, with storm watch 2014, and hopefully not too many of our newly-young adult skwala stones have been swept downstream.  As of this morning the flows are down to 2363 CFS, and continue to drop, and will more than likely end up back down around 800 CFS.  Baetis, PMD’s, March Browns, and alevin patterns will give your rod a good case if the bends! 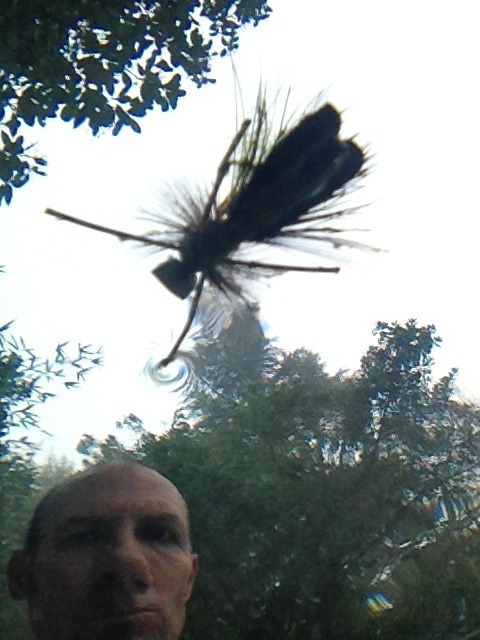 Bill Lowe reports:
Despite the record low flows, and the media surrounding the potential closure due to those flows, some anglers are still choosing to do the “salmon fry shuffle” near Sailor Bar.  Is this really flyfishing??  Swinging the lower runs has been fairly productive, and should continue to be, as Steelhead will continue to follow their program which tells them to return to the rivers, navigate tough water conditions, swim upstream, and spawn in the shallows.

The Coast is blown out… but is was great for the minute before it blew. 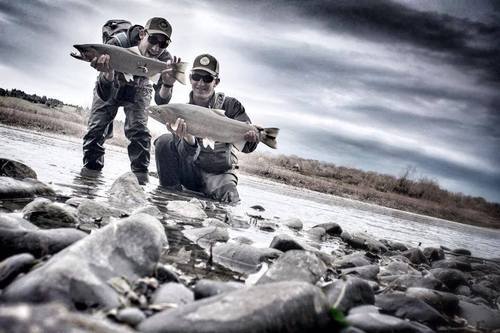 Matt Koles reports:
No good, be about 4 days before the river comes back down to fishable flows. Still dreamin’ of last week.

Art Teter reports:
The lake is fishing really good, In general the fishing is not bad and changes with the weather.

Also we crushed some ducks!

After the storm its the striper party! 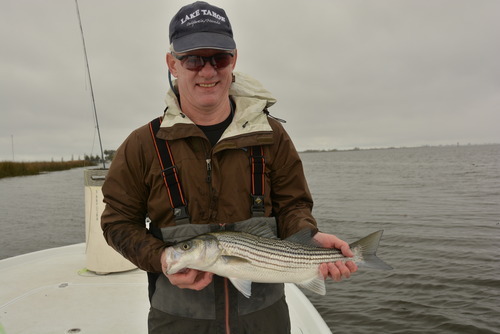 Steve Santucci reports:
Lots of action on stripers from 2 to 6lbs today(after the storm).  Water temps are rising(55 degrees) even after that cold storm.  They seem to want the larger clousers(5 inch) with chartruese and electric yellow/over white.  Most of the action is on the San Joaquin.  Fishing should improve as we approach spring.The Delta is fishing well with lots of action on stripers and largemouths.  Using a 2/0 chartruese over white clouser for most of the time.  This last week we caught good numbers but most of the fish were in the 15 to 18 inch range with an occasional keeper.

Hogan Brown reports:
Some early reports of fresh spring steelhead in the lower river have surfaced…might be a good time to go check in the next couple weeks.